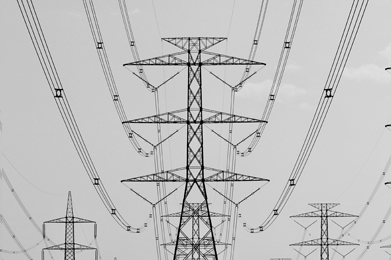 PJM’s Base Residual Auction Results – What Happened and Why?

On June 2, PJM announced the results of the first Base Residual Auction (BRA) in its capacity market held in more than three years. The results were, to say the least, interesting. Compared to the results of the 2018 BRA prices across PJM’s 13 state plus Washington DC footprint dropped by as much as 2/3. The total cost of the resources procured in the auction was $3.9 billion. Compared to the $8.3 billion procured in the last auction, these results represent a $4.4 billion drop.

What Drove the Price Drop?

PJM issued a press release and spoke with several media outlets in which it indicated the primary drivers for the significant price reductions. These reports were confirmed by the 2022/23 BRA Auction report posted on the PJM web site. Ultimately, the cause appears to be simple supply and demand. Supply went up while demand dropped significantly.

An additional factor in driving down demand response procurement in the auction relates to the demand curve. The clearing price is determined by the intersection of supply offers and a “variable resource requirement (VRR) or demand curve. The demand curve is anchored at one end by what is known as the Cost of New Entry or CONE. The higher the cost of new entry, the higher the clearing price, all else being equal. The Net CONE decreased for the RTO and for all the modeled Local Delivery Areas (LDAs) or zones. The Net CONE of the RTO decreased by 19.0% and the decrease in LDA Net CONE values ranged from 7.4% for the BGE LDA to 28.0% for the ComEd LDA.

Finally, offer prices from supply resources were lower in this auction than in the previous auction.

Stated simply, less capacity was needed than last auction and more was offered and at a lower price than in the last auction.

What about the “MOPR” that you recently said prompted Dominion to leave the capacity market?

The 2022/2023 BRA is the first RPM auction conducted under the expanded application of the Minimum Offer Price Rule that I indicated in my last blog post prompted Dominion to exit the capacity market. Dominion was concerned that the expanded MOPR would prevent its wind resources from clearing.

PJM did indicate that some resources were subject to the MOPR and did not clear as a result., However the significant increases in wind, solar and nuclear capacity all suggest that there is no indication the expanded MOPR played a significant role in capacity prices falling so precipitously. Subsequent analysis by the PJM Independent Market Monitor may shed additional light on what, if any, impact the MOPR may have had.

What does this imply for demand response and its future in PJM?

Well, as noted in the plot below, the only thing certain about PJM BRA prices in that they are not certain, and that what goes down eventually (and usually pretty quickly) goes back up. There is no question that revenues for DR customers next year are going to take a significant hit. However, it is likely that prices will rebound, perhaps as drastically as they plummeted. 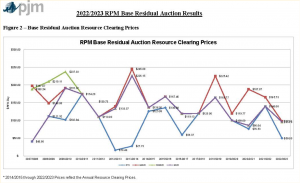 In the meantime, customers with flexible loads are well advised to consider participation in the PJM economic DR programs, including synchronized reserves. Recent changes to the PJM reserve market suggest that prices in the ancillary service markets may be about to get much better!

Another lucrative option during such a downturn is peak load management. While the capacity cost component of customer demand charges will likely fall along with PJM’s capacity prices, demand charges also include transmission and distribution costs that are unlikely to change much. By reducing their peak loads, customers can avoid some of these significant costs.

Normally, the way PJM measures DR performance means that customers who peak shave risk undermining their ability to do DR the following year. The current situation means that peak shaving this summer might have less of a downside if the BRA prices make DR next summer an unattractive proposition.

In either case, Rodan is prepared to help you maximize your revenues and savings, both until and after capacity prices and capacity demand response become more attractive.